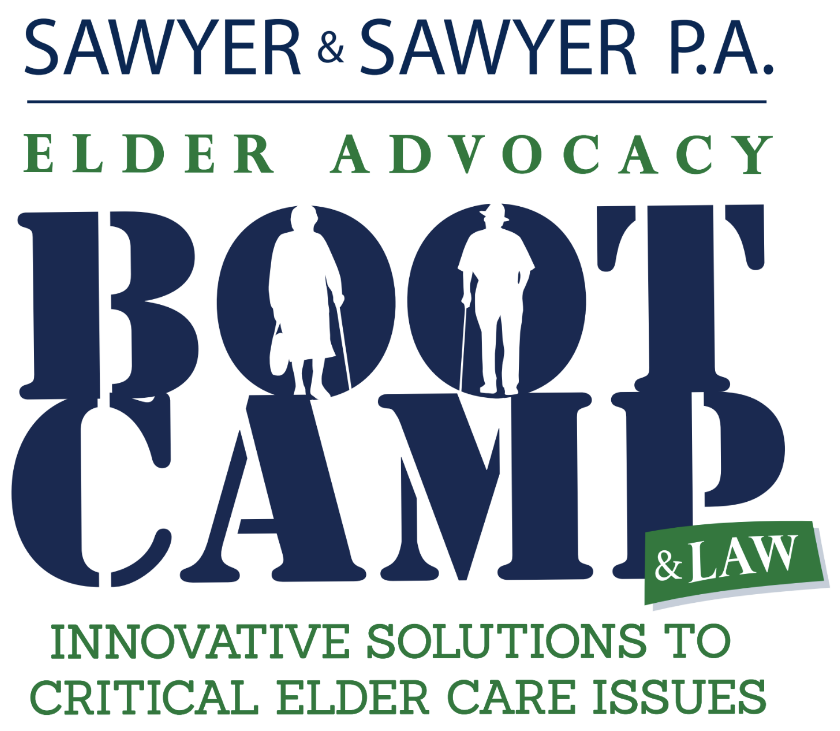 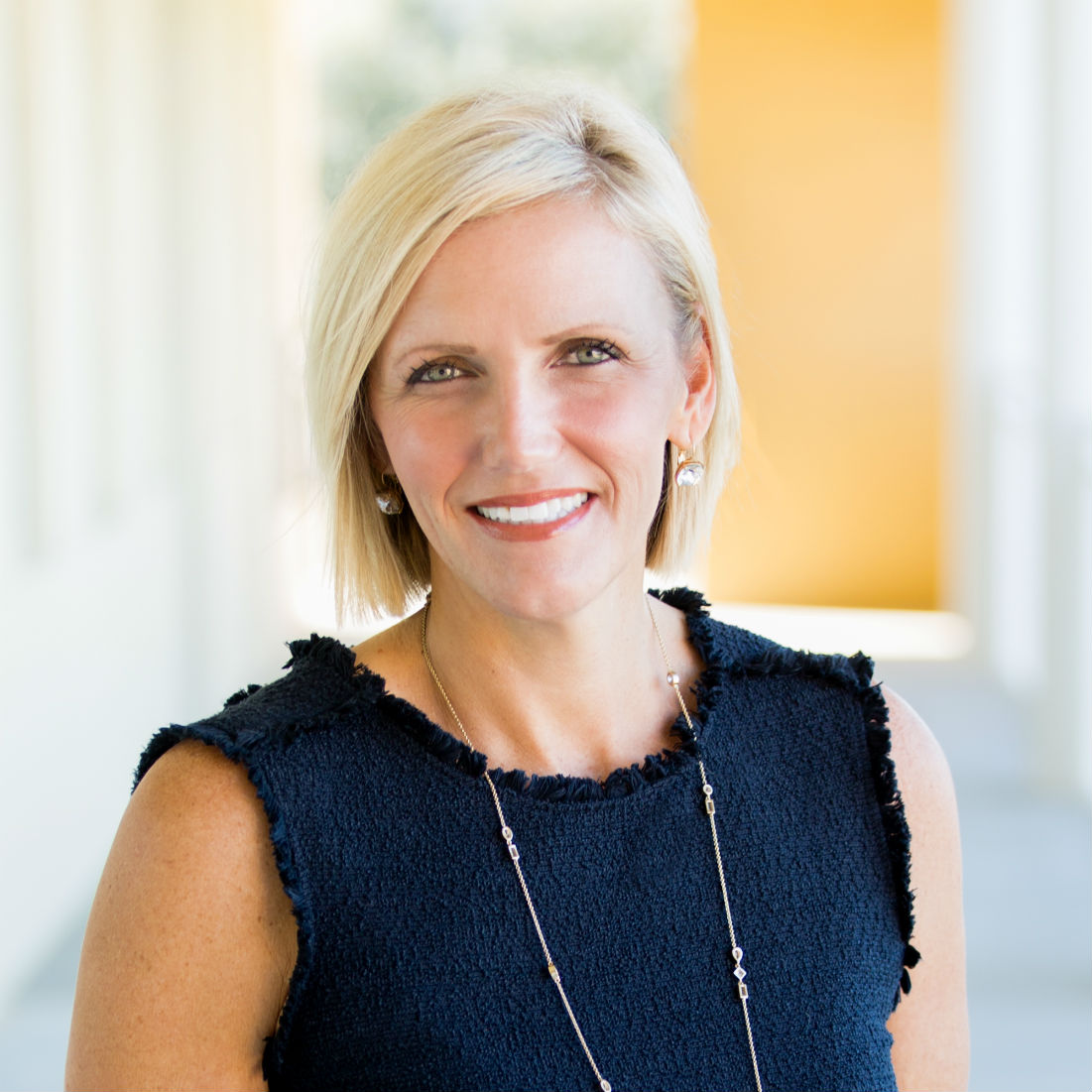 Cary Moss is the Managing Partner of Sawyer &amp; Sawyer, P.A. where she has spent the past twenty years focusing her legal career on Elder Law and Estate Planning. Her primary practice areas are Estate Settlement including Probate and Trust Administration, Long Term Care Planning with a focus on Medicaid and VA benefits, Estate Planning and Guardianship.

Cary was selected as a 2018 and 2019 Florida Super Lawyer and has the distinction of being “AV Rated” by Martindale Hubbell through its Peer Review Program. Cary was also selected by Orlando Home & Leisure Magazine as one of Orlando’s Top Lawyers and was recently featured in Orlando Style for a Spotlight on the Law.

Cary graduated from the University of Florida with a degree in Liberal Arts and received her law degree from Stetson University College of Law in 1998. As Managing Partner of Sawyer & Sawyer, P.A. she enjoys practicing law with her husband, Tom Moss, and her mother, Carolyn Sawyer. She loves fishing, being outdoors and watching her two boys play football, basketball, and baseball.

Asked recently about her passion for Elder Law, Cary responded, “The practice of Elder Law has been challenging at times, but it has allowed me to meet incredible people.  I am grateful for the wonderful clients and their families I have had the privilege of helping.  Most of all, I am grateful for the lessons I continue to learn from them . . . compassion, grace and dignity”. 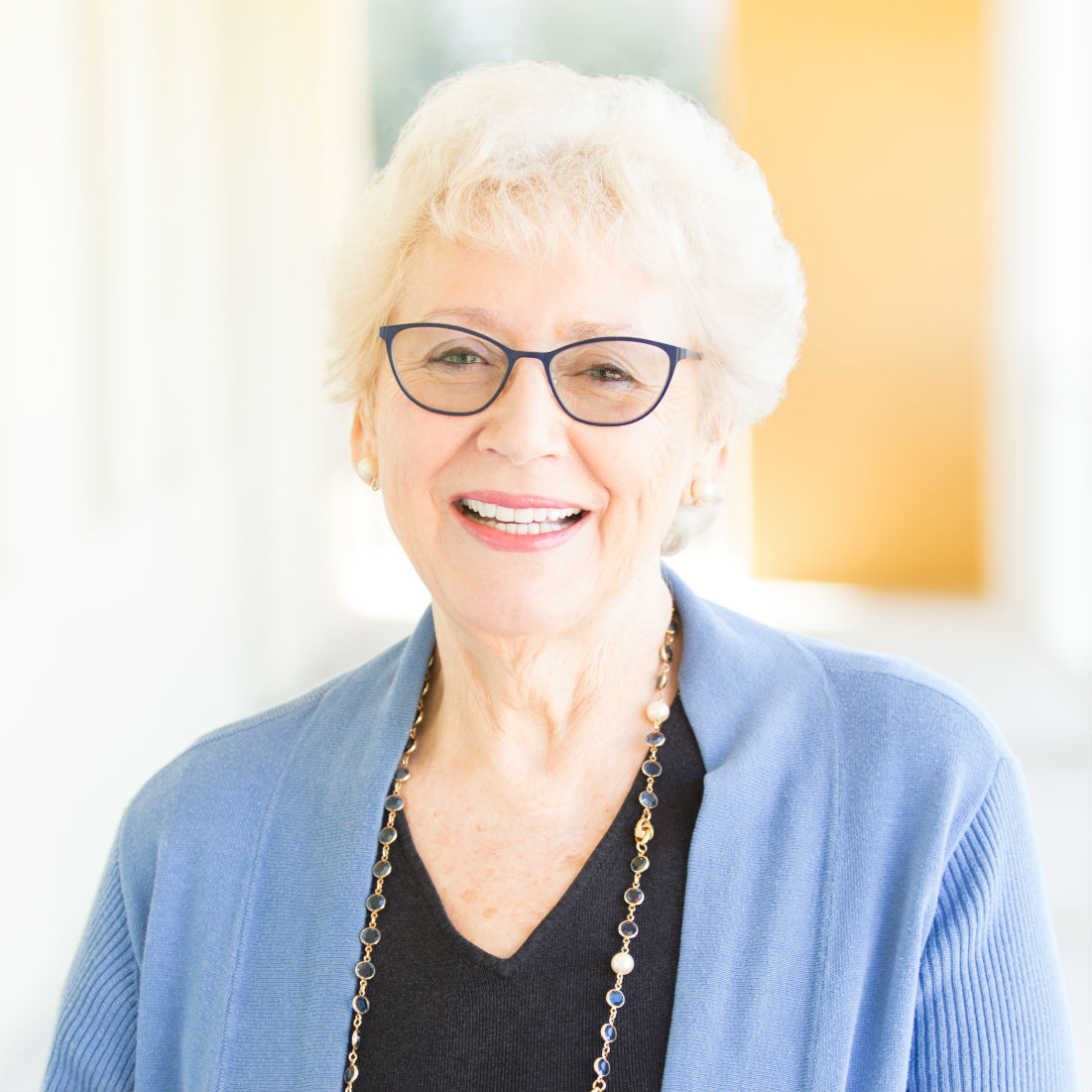 Carolyn Sawyer is a Senior Partner at Sawyer &amp; Sawyer, P.A. She founded the firm with her husband, Thomas G. Sawyer, M.D., J.D. in 1994 to focus on the area of Elder Law.

Carolyn was born in Dallas, Texas and graduated from Southern Methodist University in 1964 with a Bachelor of Science in Physics. After receiving her Master of Science in Physics from Rollins College in 1975, Carolyn was the Chief Radiation Physicist of Orlando Regional Medical Center until 1990. She was board certified in Therapeutic Radiation Physics by the American Board of Radiology in 1983.

After her successful career as a healthcare professional, Carolyn decided to pursue a law degree, graduating from Stetson University College of Law in 1993. As Senior Partner, Carolyn practices in the areas of estate planning, probate, trust administration, guardianship, Medicaid planning, planning for Veteran’s Administration Benefits and special needs trusts. Carolyn was board certified in Elder Law in 2003.

During her distinguished career, Carolyn has been published in the Stetson College of Law Review on Reverse Mortgages and was invited to speak on the topic at the National Conference of the Association of Elder Law Attorneys. She served as Chairperson of the Elder Law Section’s Committee on Elder Abuse, Neglect and Exploitation and lectured on the topic at the Elder Law Certification Review.

Given her passion for protecting the elderly, Carolyn helped develop and sponsor several annual multidisciplinary workshops on Elder Exploitation with the Florida Office of the Attorney General.  She also participated on a committee with Florida House Representative Kathleen Passidomo to develop landmark legislation on criminal elder exploitation, which was signed into law in 2014. Additionally, Carolyn was the recipient of the 2009- 2010 and the 2013-2014 Charlotte Brayer Public Service Award.

Carolyn is a member of the Elder Law Section’s Legislative Committee as well as the Elder Law Certification Committee. Additionally, she served as a Trustee for the West Orange Health Care District for six years. In her free time, Carolyn enjoys reading, learning to draw and spending time with her husband, Thomas. Carolyn is also a proud grandmother of 17. 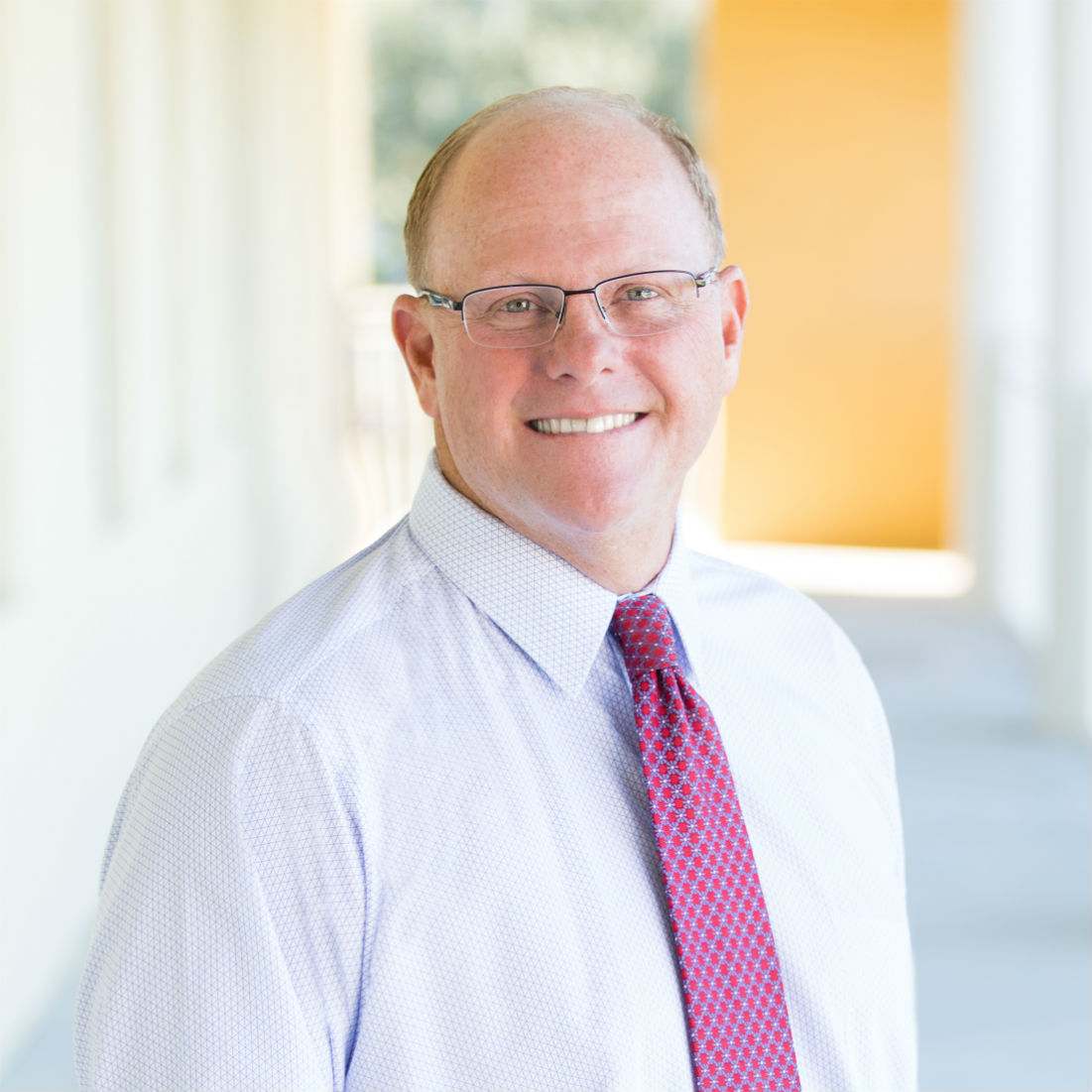 Tom Moss was born and raised in Marco Island, Florida being a fourth generation Floridian. He was awarded a full athletic scholarship to attend college and play football for the Bowling Green State University Falcons. While there, he was a member of the 1991 Mid-American Conference Championship team that won the California Bowl and the 1992 Mid-American Conference Championship team that went on to win the Las Vegas Bowl.

Upon graduation and passing the bar, Tom began his career as an associate attorney with a firm in Orlando. Tom joined Sawyer &amp; Sawyer, P.A. in 2003. His practice focuses on the areas of Estate Planning, Guardianship, and Estate Settlement including Probate and Trust Administration. Tom is a member of the Orange County Bar Association and he formerly served as Co-Chair of the Estate, Guardianship and Trust Law Committee section. Tom was also selected as a 2019 Florida Super Lawyer.

Tom met his wife, Cary Moss, Managing Partner of Sawyer &amp; Sawyer, P.A. at Stetson University College of Law and he enjoys sharing a practice with her. When not at work, Tom volunteers as a Football Coach for his sons’ teams at The Foundation Academy. He also enjoys traveling with his family and outdoor activities, especially fishing. 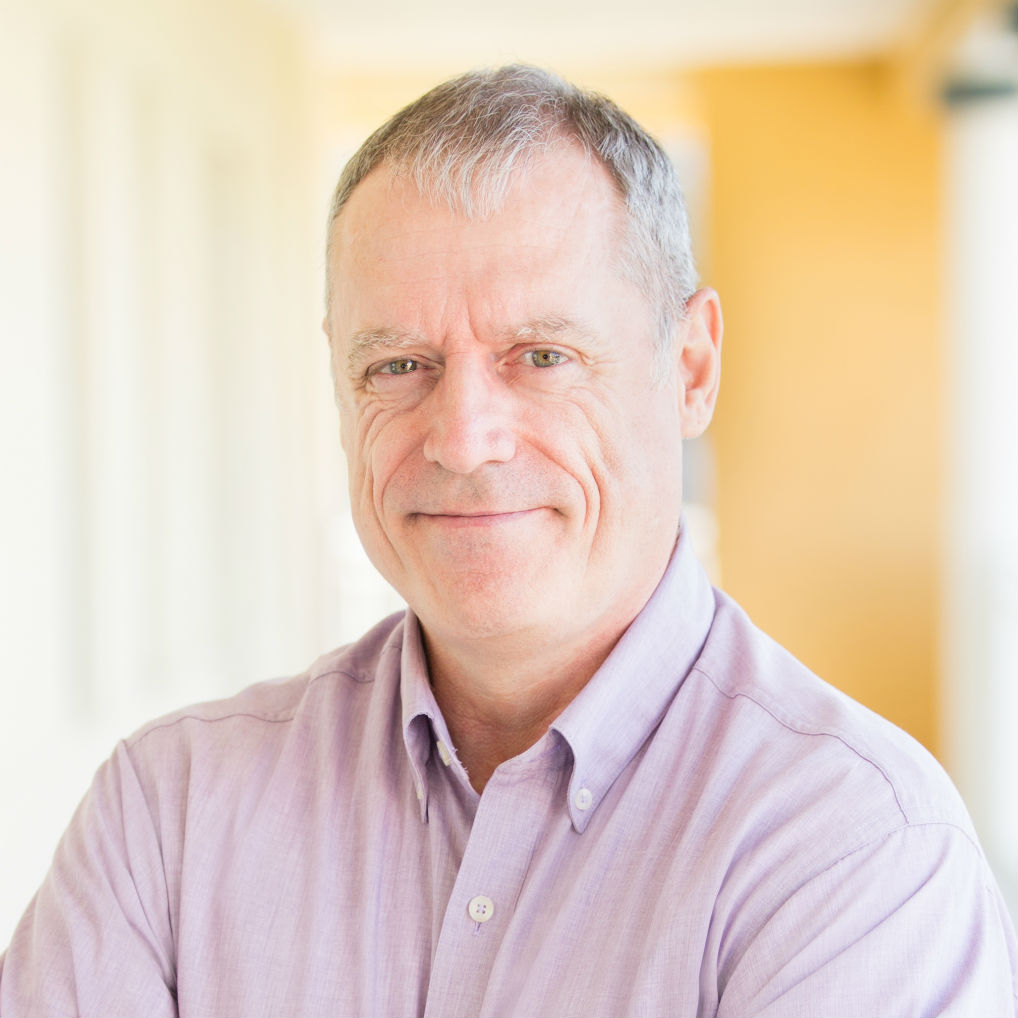 Bill King joined Sawyer &amp; Sawyer, P.A. in 2007. Bill is the senior paralegal for the Long-Term Care Planning team and has helped hundreds of clients receive and maintain Medicaid Eligibility. Bill came to the firm with a background in customer service which continues to be shown in his commitment to our clients as he thoughtfully guides them through the Medicaid planning process. Bill is also involved with Elder Counsel. He presents a course for paralegals who are entering the Medicaid Planning field called “Elder Law Immersion and Practice-Building Boot Camp for Non-Attorneys.” 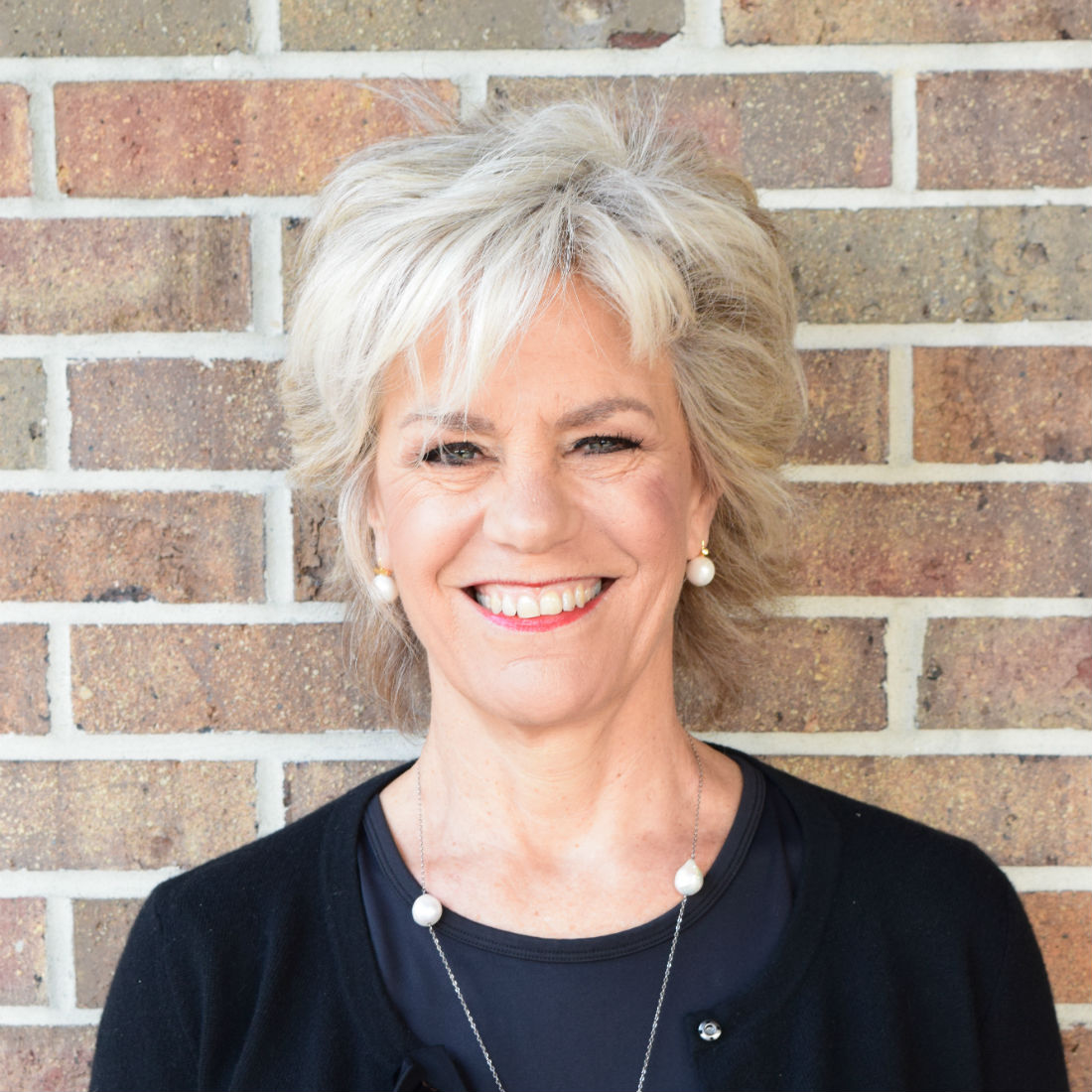 Amy Cameron O’Rourke is the Founder and President of O’Rourke & Associates, located in Maitland, Florida. She founded the company in 1999.  Mrs. O’Rourke has 38 years of experience in health care, 30 specifically in the field of aging.  She holds a Master’s Degree in Public Health and a Master’s Certificate in Gerontology from the University of South Carolina.  She is a Licensed Nursing Home Administrator and a Certified Care Manager. Amy is active with the Aging Life Care Association (ALCA), is currently  Chair of Alzheimer’s & Dementia Resource Center (ADRC), and is about to publish a book entitled The Fragile Years®.

In 2001, Amy was honored as the recipient of the National Entrepreneurial Achievement Award from American Express for her vision and innovation. She was featured in the Orlando Business Journal in the Entrepreneur Profile section in March 2010.  In 2011, Amy was named one of 15 “Women Who Mean Business” by the Orlando Business Journal. She has been quoted in Consumer Reports, PBS Growing Bolder, and a frequent public speaker. Most recently, she has been a guest speaker on TED Talks. She has had to exercise many strategies in growing her business and is open to sharing her ideas with others.

Amy and her team have helped 20,000 families over the 20+ years since the company was founded. She is a passionate advocate for elders.

*We are going green! All presentations will be emailed to attendees before the event for ease of use on electronic devices or for personal printing preferences. If the attendee would like us to print the presentations for them, there will be a $20.00 charge added to registration.